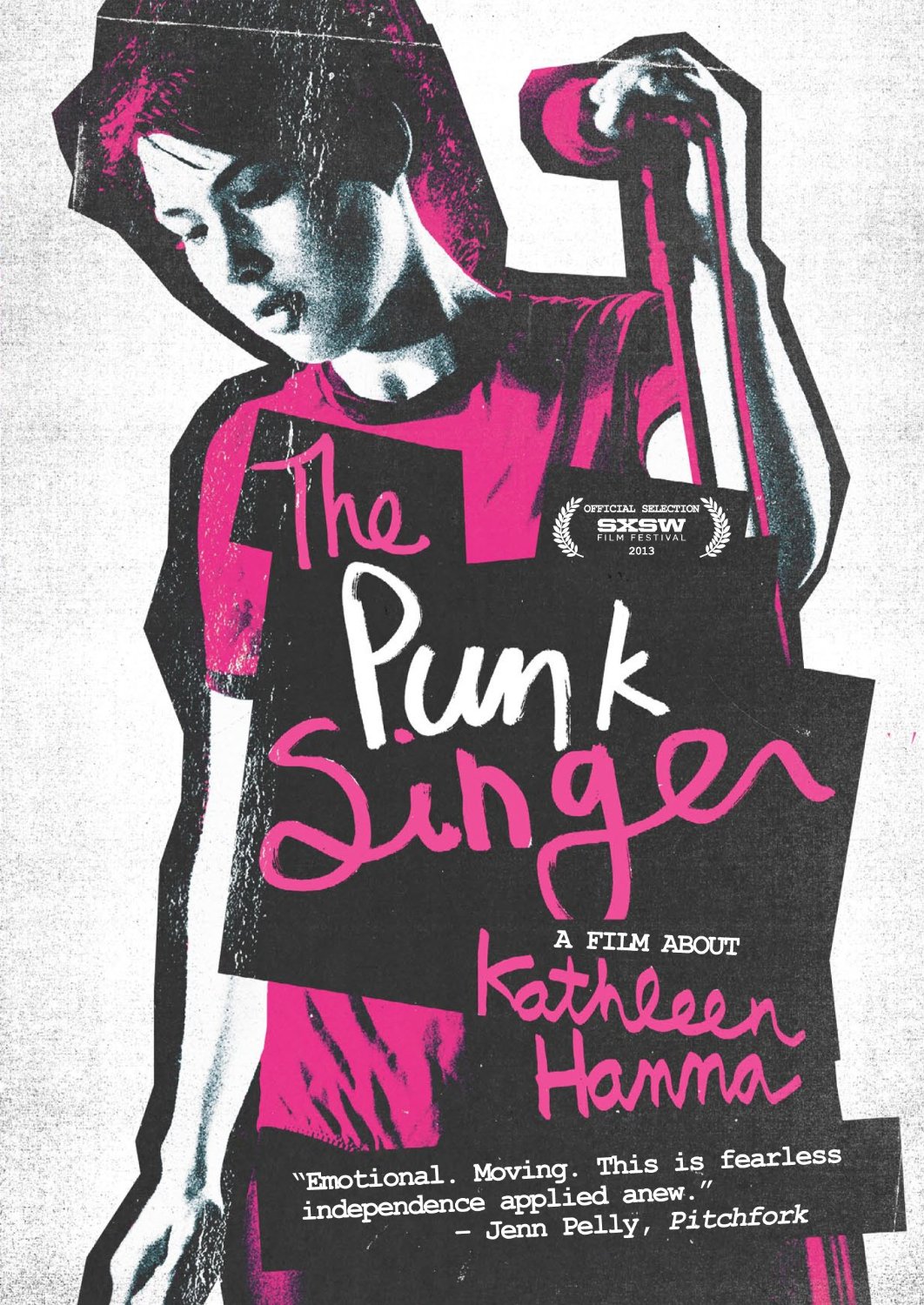 Here is the Verite review of the film that inspired my top 5 North American Punk in the movies list. The Punk Singer is now widely available on VOD services and is well worth your time.

What does ‘punk’ mean to you? A musical genre? An attitude? The roots of ‘punk rock’ are debatable. Born in the seventies or possibly the sixties, punk emerged somewhere on the King’s Road, or New York? Maybe it was Detroit? A short burst of creativity that went far beyond three chords and a safety pin. If there is a basic padstone upon which punk’s spirit rests, it is the DIY ethic. The idea that raw creativity and energy can transcend class, education, privilege, even ability. Punk is an outsider’s art form, open and inclusive to all.

It appeared that the squelchy initial spurt of 76 spirit had dissipated by the late 80s and punk never had quite the same cultural impact in the US as the UK. So Washington State in 1990 was not the obvious time and location for the spark to reignite. But ignite it did. The ‘grunge’ scene of Seattle was about to blow up. Grunge primarily showcased male-centric bands but in nearby Olympia, Kathleen Hanna a young feminist photography student with some big ideas was about to radicalise an alt-rock. Bikini Kill, the band she formed, rejected the machismo of the mosh-pit and made in front of the stage (and indeed the stage) fem-centric. The Riot Grrrl movement was established.

Despite the title, Sini Anderson’s documentary is not a chronicle of nineties alt-rock, it isn’t even an exploration of the Riot Grrrl manifesto as penned by Hanna. Initially this is frustrating, it feels as though The Punk Singer lacks context, failing to explore the history that led to this movement. However, this isn’t the film’s aim, what emerges after some necessary scene setting cuts much deeper than a VH-1 rock doc – an intimate portrait of an artist with raw nerves exposed.

The film creates a mystery from the start, at the apparent height of her success and near canonisation as an icon of ‘third-wave’ feminism Hanna quit music. Even close associates didn’t know the reasons. Why did she decide to fade away? The Punk Singer is clearly a film made with the full co-operation of its subject. This question is dealt with, but the truth that emerges is far from the clichéd rock rise and fall, and ultimately emotionally confrontational. I will not mince words. Kathleen Hanna emerges as an awesome human being. Smart but vulnerable, funny but non-evasive, self assured but often appearing alone and isolated.

Riot Grrrl was something I figured I knew all about, but I realise I was actually pretty ignorant of (the movement was subject to a fair amount of backlash from a patriarchal music press on both sides of the Atlantic). I have no excuse. I was busy being a boy in 1990, stomping around in big boots listening to Trent Reznor (not much has changed) this film is bittersweet because it makes me realise I missed something really vital and exciting.

But that’s okay. Riot Grrrl wasn’t for me, Riot Grrrl was for legions of girls and women who felt excluded from even alternative culture and just wanted a space to be safe and creative. That audience is always very much present, and will embrace this film. The Punk Singer presents a fascinating and inspirational story. It is the very best kind of enlightening cultural documentary.